In 1879, the British invaded Zululand. The central of the three major invading columns forded the Buffalo River at Rorke’s Drift. Within days, Lord Chelmsford’s invasion was in jeopardy. Part of his central column had been almost annihilated at Isandlwana, in a battle rated as one of the greatest military disasters in British colonial history. A few survivors struggled back into Natal, crossing the mighty Buffalo River at the Fugitives’ Drift.
A few hundred yards from our lodge, two officers died in a heroic attempt to save the Queen’s Colour of their regiment, and became the first men in history to earn posthumous Victoria Crosses. We are privileged to have these brave men, Lieutenants Melvill and Coghill, buried where they fell on our property.

In the closing stages of the fight at Isandlwana, Colonel Pulleine apparently entrusted Lieutenant Teignmouth Melvill, the Adjutant of the 1/24th, with the Queen’s Colour. Pulleine told him to get it to a place of safety. With the heavy, furled and cased Queen’s Colour, Melvill, on horseback, had punched a way through the closing horns of the Zulu army behind Isandlwana. He made off across the five miles of boulder-strewn, bush-clad, broken country towards the Buffalo River, joining a number of other fleeing horsemen. Without a horse, a man was doomed: few foot-soldiers lasted any distance beyond the Manzimnyama River, where Lieutenant Edgar Olifant Anstey made a final stand with his men and died. It was a pell-mell, helter-skelter race across country far better suited to their barefoot adversaries, who kept up with these horsemen all the way. Even the horses got stuck in the marshy ground on top of Phethe Hill and had to be led, and the deep rocky slope of the gorge down to the Buffalo River, which was in flood, was a nightmare for horse and man alike.

Horace Smith-Dorrien left the most harrowing description of how he got across the raging Buffalo River. After helping a wounded trooper – MacDonald of the Mounted Infantry – and having been urged on by Major Stuart Smith, R.A., who shouted at him, “For God’s sake get on, man, the Zulus are on the top of us!”, Smith-Dorrien’s horse, which he was leading, was stabbed by a warrior. The frantic animal tore itself free and plunged to its death over a cliff. Horace raced off on foot as the Zulus killed MacDonald and Major Smith. He wrote that, with “the strong hope that everybody clings to that some accident would turn up, I rushed off on foot and plunged into the river, which was a roaring torrent. I was being carried down the stream at a tremendous pace, when a loose horse came by me and I got hold of his tail and he landed me safely on the other bank. Smith-Dorrien’s ordeal was not, however, over. He was too tired to mount the horse, and had to stagger up the steep face of the gorge in his sodden clothes and with his boots full of water. Gallantly he helped a fellow fugitive onto his horse, an action for which he was apparently recommended for a Victoria Cross. The man he helped promised to catch him a horse, but never did: instead, he sped off, leaving Horace to fight his way home armed with only a revolver. Smith-Dorrien, who was to become such a famous soldier in later life, eventually stumbled into the post at Helpmekaar at nightfall.

Smith-Dorrien had had innumerable lucky escapes, and he, and the other horsemen who ran that gauntlet and survived, would reflect upon their luck for the rest of their days.

No one will ever know what a terrible ride that must have been for Melvill, encumbered by that heavy Colour pike. That he made it to the river, in itself constitutes a miracle. He plunged his horse into the water and, clinging to the Colour rather than to his horse, was almost immediately separated from his mount. He was helped onto a large coffin-shaped rock that was just breaking the surface by Lieutenant Walter Higginson of the N.N.C., who had earlier fetched up against it. The Zulus began pelting them with spears and firing at them with their muskets. In desperation the two officers cowered in the lee of the rock.

Lieutenant Nevill Josiah Alymer Coghill, Colonel Glyn’s principal Staff Officer, had in the meantime successfully forded the river and was on the Natal bank slightly downstream from Melvill. He was lucky to be alive. Sometime prior to Isandlwana, Coghill had seriously injured his knee in a Zulu village while trying to catch a fowl for supper. The sprain was so bad that he could not mount a horse unassisted. He now found himself in the saddle of his horse on the Natal bank with a fairly clear run for Helpmekaar in front of him, when he turned and saw Melvill in the river clinging to the rock with the Queen’s Colour. This sight stimulated him to perform his great act of courage: he put his horse back into the flooded river in order to save his friend and the Colour. A warrior on the Zulu bank fired a shot which struck Coghill’s horse and killed it, pitching Coghill into the stream. Undaunted he swam on, reaching the rock to which Melvill and Higginson still clung. The three officers, believing that to stay on the rock was to court inevitable disaster, decided to swim for it. In the rapids below the pool they were tossed over rocks and boulders, and despite their most desperate efforts, the Colour was swept from their grasp, whirled away downstream and was lost, and with the loss of the Colour the honour of their regiment was compromised.

Melvill, Coghill and Higginson fetched up on the Natal bank. Melvill was exhausted to the point of being immobile and Coghill was unable to walk because of his bad knee. Higginson volunteered to climb up to the lip of the gorge on the Natal side to look for horses of which there were apparently a number that had lost their riders in crossing the river.

From an escarpment above the gorge Higginson witnessed the demise of the other two officers. Melvill had apparently recovered sufficiently to drag and carry Coghill up out of the gorge. They must have believed that there were no Zulus after them, as the river at that point was deep and wide and would have prevented all but the strongest swimmers from crossing.

Melvill and Coghill staggered up the little path that ran through the cleft at the top of the valley and flopped down, exhausted, against a large rock. Suddenly there were warriors everywhere, and the Zulu oral tradition has it that these Zulus were men of the Chieftain Sothondose’s clan, who lived on the Natal side of the river and had been watching the drama in the Buffalo gorge below, when they were recognized by Zulu chieftains on the Zulu bank. These Zulus would have suffered terrible consequences had they failed to dispatch these two British officers. In a few moments of flashing spears both these fine, brave men were dead. 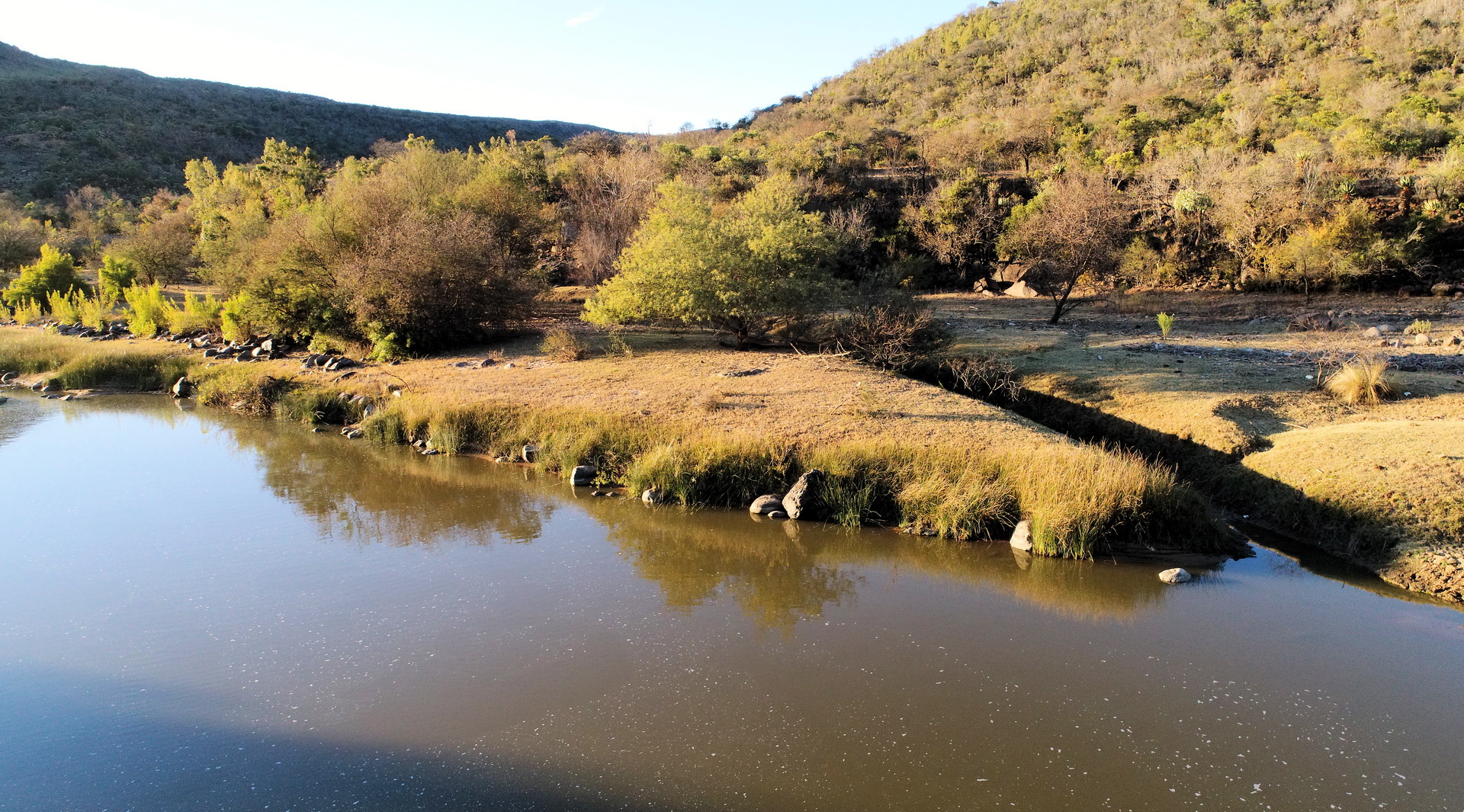 Major Wilsone Black had, on the morning of 3 February, led an expedition to the Fugitives’ Drift. Lieutenant Higginson had reported that the Queen’s Colour had been lost in the river and not to the Zulus. The possibility therefore existed that it might be found. Before descending into the gorge, the patrol found the bodies of Lieutenants Melvill and Coghill. Harford, who was with the party, said that Coghill’s knee “was still bandaged up”. They wondered how Melvill had “stuck to [Coghill] and helped him along, otherwise he never could have got so far over such terrible ground”.

The two men were buried where they fell, under a pile of stones; Padre George Smith of Rorke’s Drift read the service. It must have been a most moving moment.

The next morning Harford relates that the patrol returned to search for the Colour. The men looked down from the ledge into the valley. The level of the river had dropped since the battle, and the boulders below were strewn with debris. Harford and two others were detailed to descend into the riverbed to search for the Colour. Harford first found the Colour case, and a few minutes later saw a stick “projecting out of the water”. It looked to him like a Colour pole. Captain Harber waded out into the stream and tugged at it, and it came free, the fabric still adhering to the pole. The men clambered out of the water, raised the Colour aloft and cheered. One can only imagine the scene and the men’s excitement. Major Black came tumbling down the steep face of the gorge. Harford handed the Colour to Major Black, who was a deeply emotional man: “amid ringing cheers in which he joined, and after having congratulated and thanked us, and shaken us well by the hand, we proceeded to climb back to the covering party”.

The Colour was placed on the stirrup of Major Black’s horse and the party headed back to Rorke’s Drift. The look-out on the summit of the Oskarsberg at Rorke’s Drift had seen through his telescope that the Colour had been found, and by the time Black’s party returned to the mission station, the whole garrison had turned out, and a magnificent guard of honour was waiting for them. The Colour was handed back to Colonel Richard Thomas Glyn, who was overwhelmed with emotion: the honour of his regiment had been restored.

On 5 February the Queen’s Colour was brought up to Helpmekaar from Rorke’s Drift. Heaton mentions in his diary that Colonel Glyn came up with Major Black. The men were drawn up into a Guard of Honour, speeches were made, and Heaton himself received the Colour. What an honour that must have been for him. It was a great honour too for Charlie Harford, as he was allowed to carry the Colour part of the way back from Rorke’s Drift. This was an unusual privilege for an officer belonging to another regiment, but Black told Harford that “It is nothing but your right”. The “beetle collector” felt it was the proudest moment of his life.

The significance of all this was certainly not lost upon William Lloyd. Apart from being an officer of the 24th and being utterly moved and delighted with the return of their regimental rallying point, we suspect that Lloyd had a strong connection with Coghill. The Coghills lived in CastleTownshend, County Cork, in Ireland, and as Lloyd’s father owned Strancally Castle in County Waterford, these families might very well have been close.

On 7 February Heaton mentions that Lloyd was “making sketches to send home for the Illustrated Papers”. There were three sketches that appeared in the Illustrated London News bearing his name, all in the edition of 29 March. Lloyd is credited with the cover sketch, a striking picture of the Colour being returned to Helpmekaar. The men of the 24th are all presenting arms, and the man receiving the Colour is Heaton. Colonel Glyn made a speech and Arthur Harness reported that, “Poor Glyn . . . fairly broke down”. 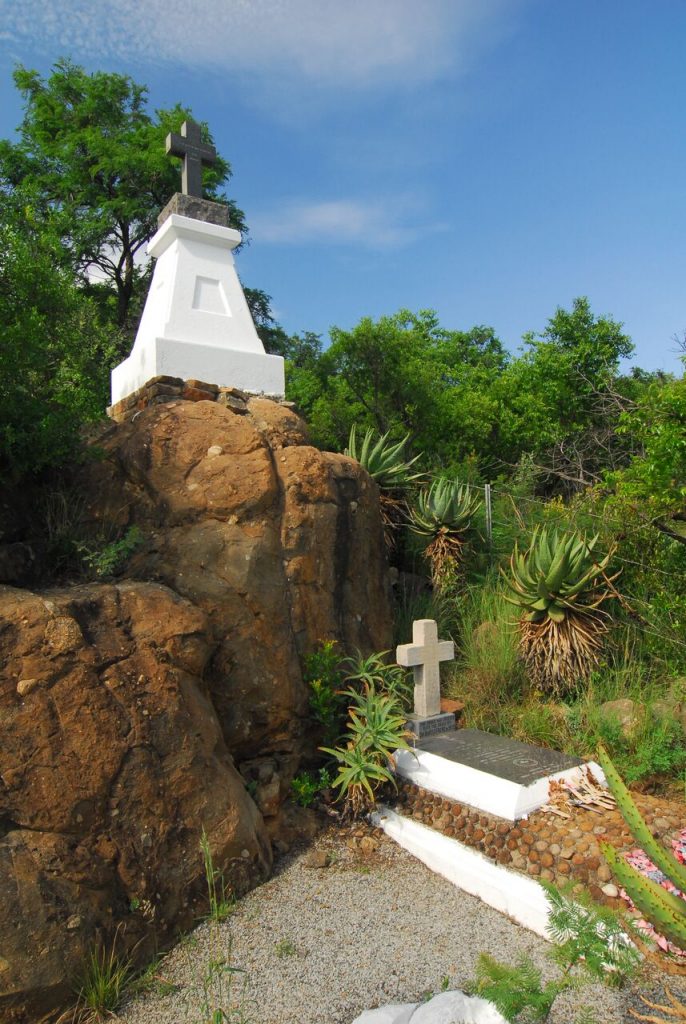